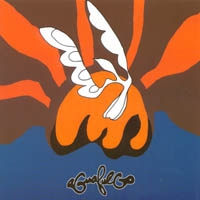 Aguafuego, the brainchild of Julia – it is an evolving coming together of unique combinations of musicians to interpret her music.

This songwriter/ lyricist/singer /instrumentalist is dedicated to developing a new sound, rooted not only in her South-American heritage (Peru-Ecuador), but also encompassing her background in classical, reggae, rock, jazz, world, hip hop, latin and folk music.

With original songs in Spanish and in English, Aguafuego brings a global mix of sounds that create a soulful blend, a tapestry for the timely lyrics and alluring melodies of JBeatz aka Julia.

I’ll include a link here to a review on Collected Sounds by Amy Lotsberg. The Aguafuego CD was selected as one of the best in 2003!